Miguel Alzola is is Associate Professor of Ethics at the Gabelli School of Business at Fordham University. He has published on the philosophy and psychology of character, the integration of empirical and normative research in business ethics, and role morality.

Öykü Arkan is is a Ph. D. candidate in the Management and Global Business department at Rutgers Business School under a Fulbright Fellowship. In her dissertation, she explores the role of moral character and organizational ethical climate in understanding employees’ whistleblowing behaviors from a virtue ethics perspective.

Miguel and Öykü are principal investigators for the Taking Responsibility project Organizational Ethics, Secrecy, and Whistleblowing in Clergy Abuse. We caught up with them recently to get a glimpse of their work in progress. 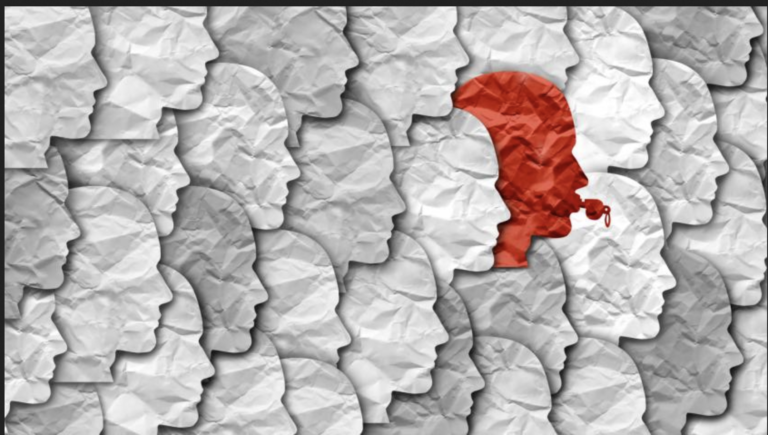 MA & OA: Whistleblowing is the voluntary reporting of a (nontrivial) wrong in (or by) a legitimate organization by a member of such organization through internal or external channels for moral motivations. In the kind of speaking which the technical literature calls “voice,” the focus is to express concerns, suggestions, or any type of message of organizationally relevant information within the organization with pro-social purposes but not necessarily wrongdoing, which is the defining characteristic of whistleblowing. In that sense, we can say that voice is broader in terms of the content of speaking up.

Second, typically, someone speaks up to benefit the organization. However, whistleblowing is motivated not only for the benefit of the organization but also for society. Given the implications of wrongdoing, whistleblowing not only involves disclosing wrongdoing to internal sources (e.g., upper management, a hotline) but also to external parties (e.g., media, government).

Finally, both current and former employees can engage whistleblowing, whereas voice current employees’ concerns directed to managers or coworkers within the organization.

MA & OA: Yes, we are utilizing Catholic institutions and two types of wrongdoing that was observed in the Catholic Church (i.e., sexual harassment and financial misconduct) to apply our conceptual model. We are hoping to expand that model to non-Catholic organizations and other types of wrongdoing.

3) TR: Based on your research, if you could give Jesuit university and secondary school administrators one piece of advice about what to do when a whistleblower comes forward, what would it be?

MA & OA: As mentioned in the previous question, it is very important for organizations to provide effective anonymous reporting channels for employees who come forward. Also, given the expected retaliation for reporting wrongdoing—despite the anonymity—administrators should protect and possibly incentivize prospective whistleblowers. Even though the morality of providing incentives for reporting has been questioned, the reality is that whistleblowers suffer for serving the public.

Second, they should encourage whistleblowers by changing the narrative not only about the whistleblowers—who should be seen as heroes rather than traitors—but also about the best way to serve the university or school, which is never by never obeying immoral requests or cover them up even if they come from authorities.

One of the essential elements of the whistleblowing process is communication. Despite the type of wrongdoing or the position of the employee, administrators should reduce barriers for reporting, closely investigate the case, and follow-up with the whistleblower. They should educate their employees on how to report wrongdoing and publicize their practices.

In order to facilitate internal reporting, organizations should promote a culture of trust, transparency and accountability. They should not wait to implement such a culture after a wrongdoing is discovered.

4) TR: You are both in business departments. What’s been the most surprising or interesting thing you’ve learned through speaking to theologians for this project?

MA & OA: We are in business schools but doing much of our work in ethics, so we are not “surprised” but inspired by the convergence of moral theology and analytic philosophy, at least in the Aristotelian tradition. But we have perceived a disconnection between the literatures and the methods despite the commonalities of our interests. With our research, we are trying to integrate the normative and the empirical literatures and communicate our research in a way to contribute to both business and theology. We are also learning from theologians’ inductive approach to ethical issues. Another aspect we found interesting is navigating the differences and similarities in the organizational structure across business firms and the Church. We believe bridging these differences and leveraging our similarities helps us build a theory that contributes not only to the management literature but also to the theology literature.

5) TR: To turn the tables there — what do you think theologians, especially ecclesiologists, would find it helpful to know about studies of businesses?

MA & OA: When a person goes to the doctor or the analyst, she may think that her pain, her problem, her pathology is unique. And it is, because the person is experiencing in a unique way. But the doctor or the analyst has seen similar cases in the past. Ecclesiologists reasonably focus on the things that make the Church unique. Organizational scholars will highlight what religious organizations have in common with other organizations. The two approaches will show us the two sides of the same phenomenon and the way our lenses influence what we perceive as problems and what we offer as solutions.