This subgrant aims to study how clericalism—as an ecclesial structure and cultural context—functions to enable clergy sexual abuse. On this basis, this project also aims to study how anti-clericalism might protect against clergy sexual abuse and provide a resource for dismantling clericalism and reducing sexual violence in the Catholic Church. Seminaries and schools of ministerial formation are often identified as primary sites of clericalism, and many assume a link between clericalism and clergy sexual abuse. However, there have been few attempts to measure clericalism, to distinguish among stronger and weaker forms of clericalism, or to investigate whether environments in which clericalism is strong have higher rates of sexual abuse and cover-up, as well as whether the reverse is true for environments in which clericalism is actively resisted. Our project will use quantitative and qualitative instruments to gather new data from students in ministry formation, priests, and lay ecclesial ministers, especially from JST and SCU’s GPPM program, which together train priests, religious sisters, scholastics, deacons, and lay people for ecclesial ministry, seeking to understand both how structural clericalism operates and how seminaries and other institutions might take steps to undo and counter these structures. 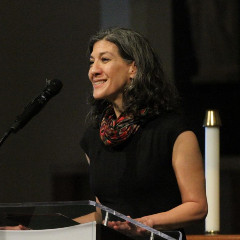 Julie Hanlon Rubio joined the faculty at the Jesuit School of Theology after 19 years in the Department of Theological Studies at St. Louis University where she was Professor of Christian Ethics, with a secondary appointment in Women’s and Gender Studies. Her research brings the resources of social ethics to issues of sex, gender, marriage, and family. She has published four books and one edited volume. Her many essays have appeared in Theological Studies, Horizons, the Journal of the Society of Christian Ethics, and the Journal of Political Theology. She is a board member of the Catholic Theological Society of America, Horizons, the Journal of Catholic Social Thought, and National Catholic Reporter. She speaks in a wide variety of public forums and writes for popular venues such as America magazine, the blog CatholicMoralTheology.com, the Washington Post, and US Catholic. Her current book project is titled Catholicism, Gender, and the Family. 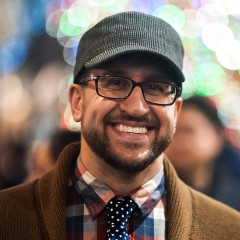 Paul J. Schutz joined the faculty of Religious Studies at Santa Clara University after completing his PhD in Systematic Theology at Fordham University. With roots in the work of Jesuit astrophysicist William R. Stoeger, his research centers on the Christian theology of creation, with an emphasis on how contemporary scientific knowledge might transform the Christian tradition’s understanding of humanity’s place in the natural world in light of socio-ecological degradation. He has published essays in Theological Studies, the Annual Volume of the College Theology Society, The Other Journal, National Catholic Reporter, and Christian Theology and the Modern Sciences (T&T Clark/Bloomsbury, 2020). He speaks frequently in parish and scholarly settings and is active as a liturgist and liturgical musician.